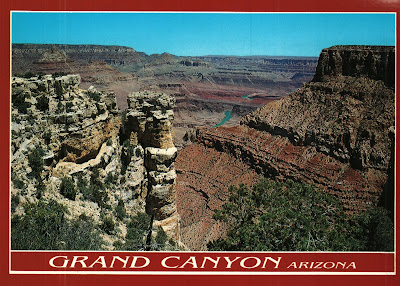 The Grand Canyon is a steep-sided canyon carved by the Colorado River in Arizona, USA.

For thousands of years, the area has been continuously inhabited by Native Americans, who built settlements within the canyon and its many caves. The Pueblo people considered the Grand Canyon a holy site, and made pilgrimages to it. 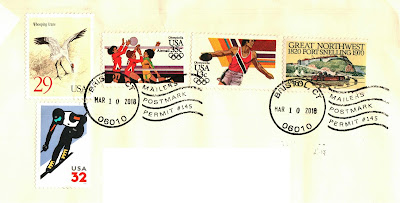 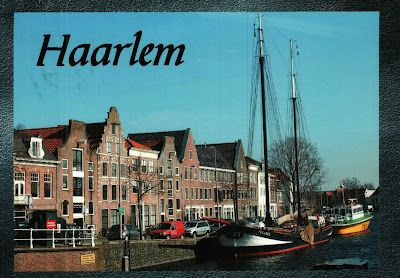 Some ideas of what to do if you decide to visit this beautiful city in the Netherlands:

1) Grote Markt
At the historic heart of Haarlem, this vast square is located underneath the imposing Grote Kerk, and is the image of the city that many people will recognize. Hosting regular festivals, concerts and markets, the Grote Markt is the hub of daily life in Haarlem and just happens to be one of the prettiest city squares in the country.

2) Frans Hals Museum
Golden Age portrait painter Frans Hals is one of the Haarlem's most famous sons, and his legacy can be seen all over the city. Nowhere more so than at the Frans Hals museum, a large gallery dedicated to Golden Age art and Hal's portraiture.

3) Hidden Courtyards
Haarlem is a city known for its Hofjes, and there are beautiful green spaces tucked away behind many unassuming street, most dating back to medieval times. There are 21 main public hofjes in Haarlem, spanning from the ancient to the very modern. 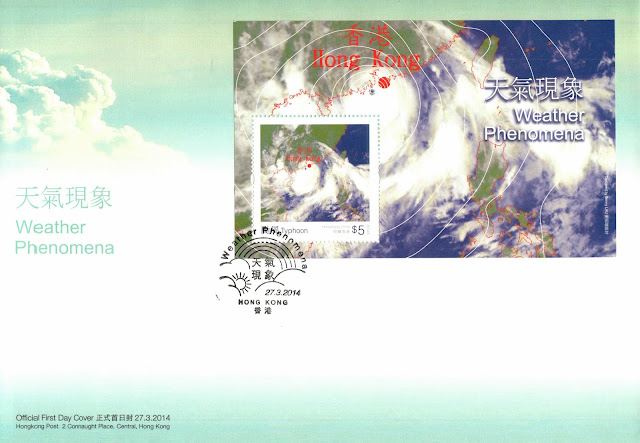 $5 -Typhoon (Miniature Sheet)
A typhoon is a classification of tropical cyclone with wind speeds near its centre reaching hurricane force. The stamp sheetlet showcases the satellite image of Typhoon Vicente when it approached Hong Kong in July 2012 and the Hurricane Signal No. 10 was issued by the Hong Kong Observatory. 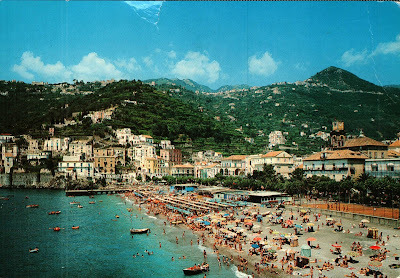 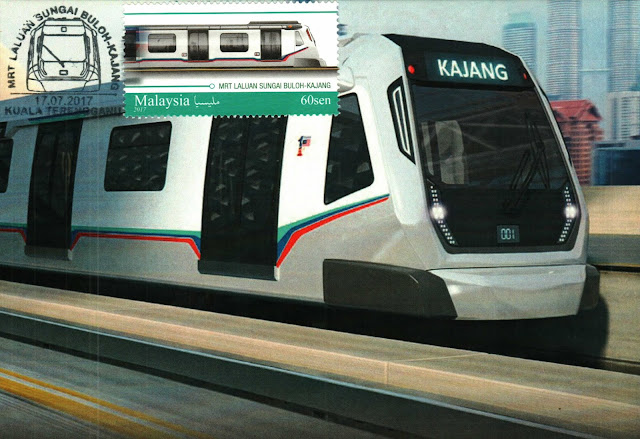 The MRT Sungai Buloh-Kajang Line is the ninth rail transit line and the second fully automated and driverless rail system in the Klang Valley area, Malaysia after the Kelana Jaya Line. The line is part of the Greater KL/Klang Valley Integrated Transit System. The line is numbered 9 and colored green on official transit maps.

Phase 2 between Muzium Negara and Kajang was opened on 17 July 2017, as a free shuttle service, by Malaysian Prime Minister in a ceremony at the Tun Razak Exchange station. 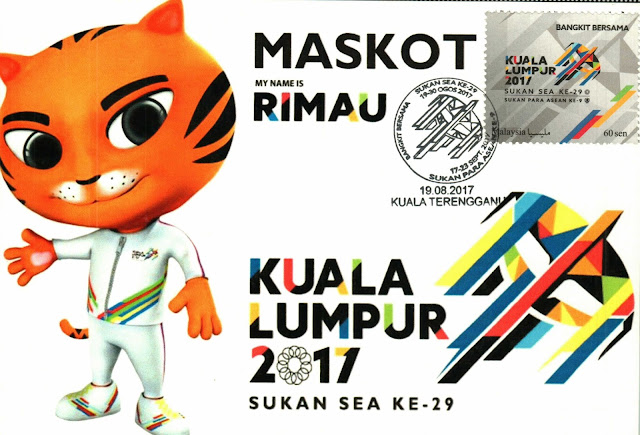 The 2017 Southeast Asian Games (Malay: Sukan Asia Tenggara 2017), officially known as the 29th Southeast Asian Games was a Southeast Asian multi-sport event that took place in Kuala Lumpur, Malaysia. The was the sixth time that Malaysia hosted the games. The games were held from 19 to 30 August 2017. Around 4646 athletes participated at the event, which featured 404 events in 38 sports. It was opened by the King of Malaysia, Muhammad V at the Bukit Jalil National Stadium. 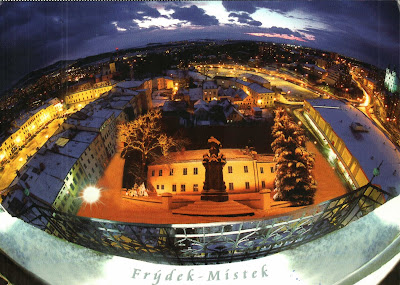 Frýdek-Místek is a city in Moravian-Silesian Region of the Czech Republic. 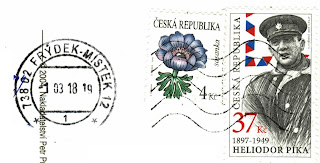 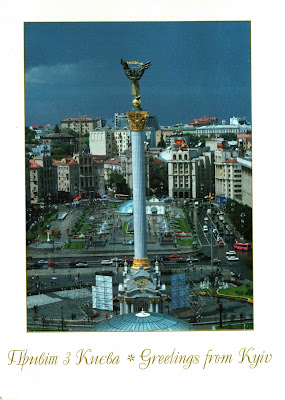 Maidan Nezalezhnosti, literally Independence Square, is the central square of Kiev, the capital city of Ukraine. The square has been known under many different names, but often it is called simply Maidan.

Since the start of Ukraine's independence movement in 1990, the square has been the traditional place for political rallies. Maidan is also a regular site for non-political displays and events. 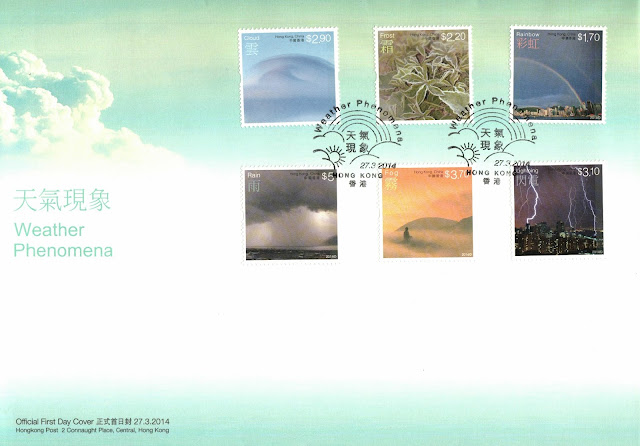 Situated in the subtropical zone, Hong Kong has a humid climate with fog and drizzle in spring. Summer, also a typhoon season, is hot with occasional showers and thunderstorms. Autumn normally brings pleasant breezes, plenty of sunshine and comfortable temperatures. Winter becomes cloudier, with occasional cold fronts crossing the territory, bringing frost at times. In collaboration with the Hong Kong Observatory, Hongkong Post introduces seven common weather phenomena in Hong Kong under the theme of "Weather phenomena" to help the public understand the changes in our weather.

$ 1.7 Rainbow
It is an optical phenomenon.The stamp illustrates a double rainbow in the sky over the urban area of Hong Kong. When sunlight passes trough water droplets and gets reflected twice, two rainbows are developed.

$2.2 Frost
It forms when water vapor freezes into ice crystals. The stamp portrays frost formed on the surface of a plant in cold weather in Hong Kong

$2.9 Cloud
It is formed when water vapor rises through the atmosphere and cools. The stamp shows lenticular clouds in the sky over an urban area of Hong Kong. As air rises on the lee side of a mountain, water vapor condenses into water droplets, which accumulate and develop into lenticular clouds, taking the shape of a lens

$3.1 Lightning
It is an atmospheric electric discharge phenomenon. In an unstable and moist atmosphere, water droplets and ice pellets in clouds will become electrically charged in a convective motion. When the building up of charges reaches a certain threshold, discharges take place between clouds or between clouds and the earth's surface.

$5 Rain
It is a natural phenomenon of precipitation. Water droplets in the clouds will come down as rain when they accumulate to a certain weight. The stamp features Chek Lap Kok Airport in the rain. 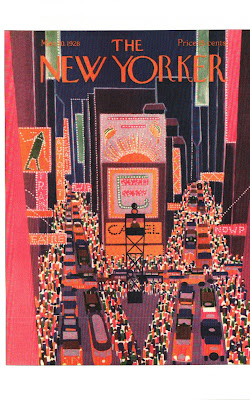 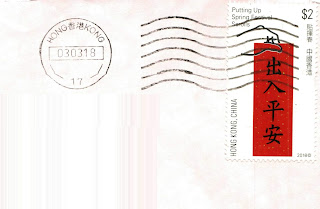 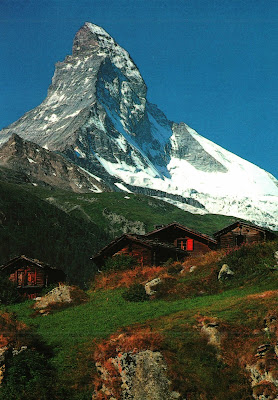 The Matterhorn is a mountain of the Alps, straddling the main watershed and border between Switzerland and Italy. It is a large, near-symmetrical pyramidal peak in the extended Monte Rosa area of the Pennine Alps.

Sometimes referred to as the Mountain of Mountains, the Matterhorn has become an iconic emblem of the Swiss Alps and of the Alps in general. 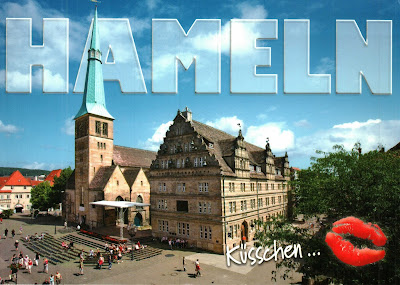 Market Church St. Nicolai is located in Hamelin, Germany. It is the second oldest church in Hamelin.

Hamelin is a town on the river Weser in Lower Saxony, Germany. It is the capital of the district of Hamelin-Pyrmont and has a population of about 56,000. Hamelin is best known for the tale of the Pied Piper of Hamelin. 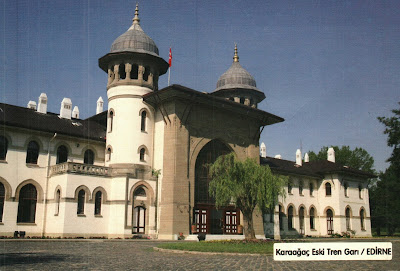 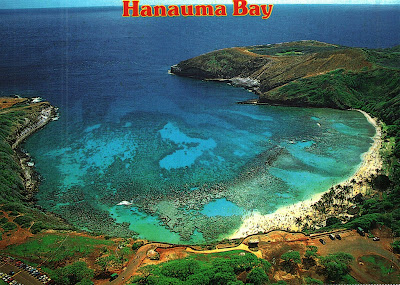 Hanauma Bay was declared a protected marine life conservation area and underwater park in 1967. Formed within a volcanic cone, today Hanauma Bay offers a pristine marine ecosystem after the City and County of Honolulu laid out a plan in 1990 to restore the "curved bay" after years of use from the millions of visitors who visit and love to snorkel Hanauma bay. 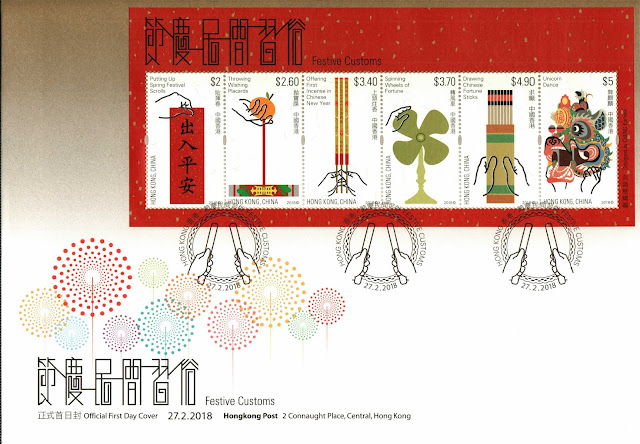 Despite being a fast-paced, modern city that constantly keeps abreast of the times, Hong Kong attaches great importance to its traditional culture and preserves many unique folk customs. The city celebrates an array of colorful traditional festivals, with many festive customs and traditions deeply rooted in the heart of the community. Hongkong Post issues a set of six special stamps on the theme of "Festive Customs" to showcase these customs and traditions with their strong local flavors.

$2  - Putting Up Spring Festival Scrolls 貼揮春
It has been identified as one of the intangible cultural heritages of Hong Kong. It has became a tradition for people to decorate their homes and shops during Chinese New Year with Spring Festival scrolls that are inscribed with auspicious phrases such as "Wishing you safety wherever you go" so as to pray for blessings and fortune in the coming year.

$2.6 - Throwing Wishing Placards 拋寶碟
It is a time-honored custom which is considered to have originated in Lam Tsuen, Tai Po. People write down their name and wishes on wising placards and toss them onto the Lam Tsuen Wishing Trees. It is believed that the higher the wishing placards land on the tree, the greater the chance the wish will come true.

$3.4 - Offering First Incense in Chinese New Year 上頭炷香
It refers to worshippers making their first offerings of joss sticks to the deities immediately upon the arrival of the Lunar New Year.

$3.7 - Spinning Wheels of Fortune 轉風車
It is a popular custom practiced on the third day of the Lunar New Year. This day is known as "chi kou", literally "red mouth", and it is said that arguments are more susceptible to arise on the day. So instead of visiting friends and family, people normally prefer to wish for luck by spinning the wheels of fortune in Che King temples. By tradition, spinning these wheels of fortune will bring good luck in the coming year.

$4.9 - Drawing Chinese Fortune Sticks 求籤
It is a common ritual in local Chinese temples. In performing this ritual, people have to kneel in prater in a designated area of the temple and shake a fortune stick holder until a stick falls out. they can then collect the corresponding oracle in verse from a stall outside the temple or ask the fortune-teller in the temple for an interpretation.

$5 - Unicorn Dance 舞麒麟
It is a form of traditional folk performing art usually practiced during festivals and celebratory occasions. It is listed as part of Hong Kong's intangible cultural heritage. The unicorn dance is performed by two dancers who move the head and body of the unicorn respectively to the rhythm of the music, and is believed to bestow blessings and ward off evil.

FDC of the stamps version is also available:
http://walagemini.blogspot.hk/2018/04/hong-kong-festive-customs.html

Which component(s) of a postcard do you pay most attention to?

WalaGemini
My name is Michelle and I'm from Hong Kong. I have two playful and energetic cats which I adore very much. Other than collecting postcards, I also enjoy cooking, gaming, 9gag, reading, music, and learning foreign languages. WalaGemini is also my xbox gamertag (add me :D).